The actual title of Dali's painting is "Dalí Seen from the Back Painting Gala from the Back Eternalized by Six Virtual Corneas Provisionally Reflected by Six Real Mirrors". Another 2d to 3d image conversion (stereo conversion) using Depth Map Automatic Generator 4 (DMAG4). 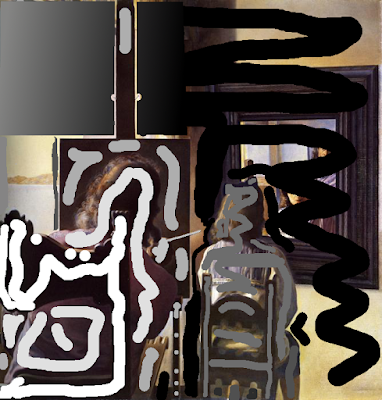 Reference image with painted depths on top.
Of course, it took me a few iterations to arrive to this sparse depth map. The process is as follows: Start with as few brush strokes as possible, run DMAG4, run Wiggle Maker, identify the problems in the 3d wiggle, and go back to the sparse depth map. Iterate on this process until satisfied with the 3d wiggle. It usually takes 3 to 5 iterations. 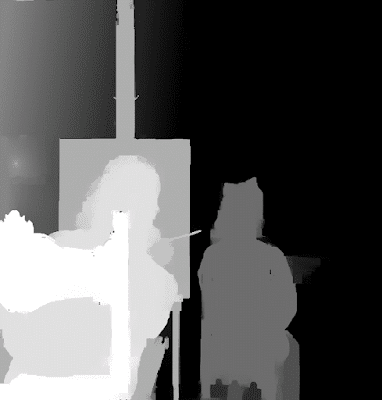 Wiggle created by Wiggle Maker.
As an alternative, one can also use Depth Map Automatic Generator 9 (DMAG9) to generate a dense depth map from the sparse depth map. 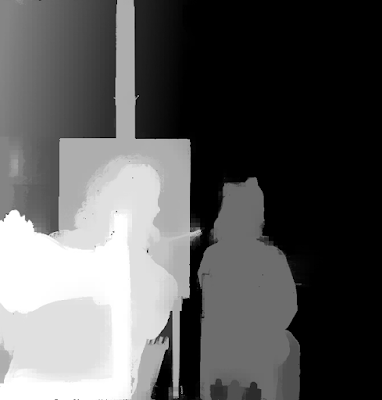 Dense depth map produced by DMAG9 using 8 for the spatial sample rate and 32 for the color sample rate.
Here's a youtube video that summarizes the process of the stereo conversion: