"The Stippler" simulates the stippling painting effect where only relatively small black dots are used to render a grayscale image which hopefully is a realistic representation of something, in our case, a photograph. This is an implementation of "Adaptive Incremental Stippling using the Poisson-Disk Distribution" by Ignacio Ascencio-Lopez, Oscar Meruvia-Pastor, and Hugo Hidalgo-Silva.

The software (for the windows 64 bit operating system) is available to download on dropbox at thestippler-x64.rar.

After having extracted the archive, I invite you to go to the "jimi_hendrix" folder. There you will see a file named "thestippler.bat" which needs to be edited (using notepad or wordpad or whatever editor you like) so that the path to the executable, thestippler.exe, is the correct one for your installation. The software is run by double-clicking on "thestippler.bat". The output from The Stippler is an image showing the stipples as black dots on a white background.

The minimum and maximum disk radii control the density of the stipples.

The output image contains the stipples in image form (black dots over white background). It can be either tiff, png, or jpg.

The output file contains the stipples in text form. This output file is the one that's used by "The Path Maker". 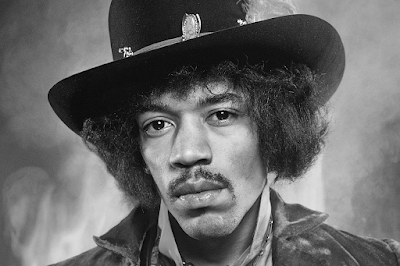 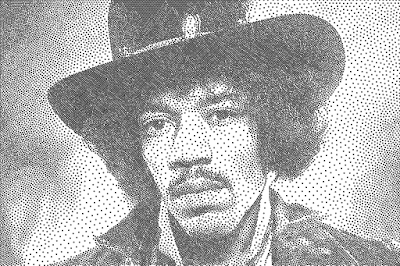 Here is a tutorial video for "The Stippler":