So, you have been taking pictures with your Fuji Finepix Real 3D W3 camera but you have this lingering question on your mind: how do I view them off camera and share them with the rest of the world? You're probably aware of the software that should have come with the camera called MyFinePix Studio. You can load the MPO pictures you have taken and view them as either anaglyphs or LineByLine (interlaced by row) but there's apparently no way to save the pictures (besides hitting PrtSc and pasting the screen dump into Gimp or Photoshop) and upload them on the web. 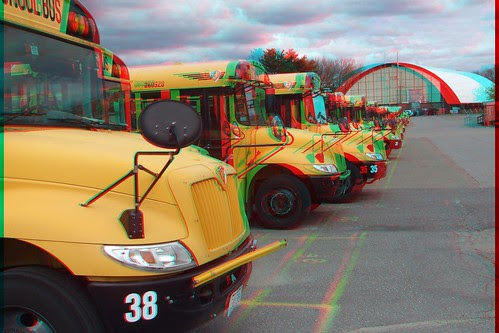 Fortunately, there is stereoscopy.com downloads where you can find all kinds of useful 3D programs and utilities. Let's look into StereoPhoto Maker and see if it can do what we really want: view and save as anaglyph, side-by-side, and possibly wiggle animated gif. Well, it sure can do all that and much more so it's highly recommended in lieu of MyFinePix Studio (sorry Fuji). 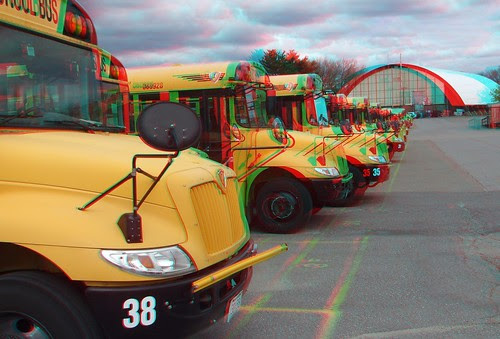 I personally don't like side-by-side stereo whether it's parallel or cross-eyed on a computer monitor. Can't say I am a big fan of the wiggle animation gif either because, in a lot of cases, it just does not work. My favorite method for displaying and sharing 3D images on a computer monitor remains the good old red-cyan anaglyph but it assumes the person viewing the anaglyph has a pair of glasses (they're easy enough to get though). Yeah, I wish there was a better way to view 3D on the usual computer screen but, unless autostereoscopic LCD displays become the norm, it's gonna be tough for quite some time to share 3D on the internet.

It's nice to display on a computer but sometimes you want something more tangible, something you can hold in your hands. Well, you can print an anaglyph but, in my opinion, it's better to print side-by-side stereo views which can then be viewed with a stereo slide card viewer (you know, the kind of stuff that was so popular in Victorian times). But, in my opinion, the best way to have "hardcopies" of your 3D pictures is with 3D lenticular imaging, mainly because you don't need any glasses or viewer to appreciate the 3D stereo effect, and that's a big plus.

Yeah, I don't have the FujiFilm FinePix REAL 3D V1 viewer (costs a real pretty penny) and I don't have a 3D TV either (might get one at some point with a Blu-ray 3D player), so those viewing options are not discussed here.
Posted by Ugo Capeto 3D at 6:49 AM