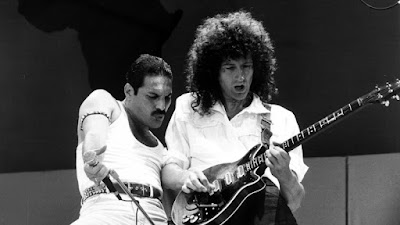 That's Freddie Mercury and Brian May of Queen at Live Aid, back in the 80s. We're gonna try to do a 2d to 3d conversion of that iconic image using Depth Map Automatic Generator 4 (DMAG4), the premier semi-automatic 2d to 3d image converter. 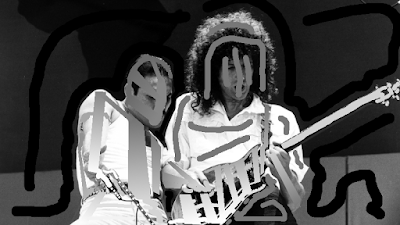 This is the sparse depth map, scribbled in Gimp. 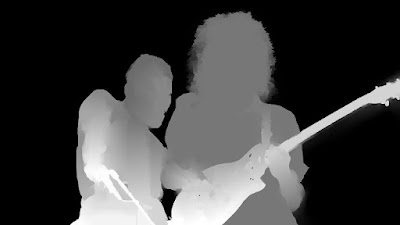 This is the depth map that DMAG4 generated from my sparse depth map. I think it's good enough for our purposes.

This is the 3d wiggle created with Wiggle Maker.
Posted by Ugo Capeto 3D at 7:20 AM