Another quick and easy 2d to 3d conversion using the best 2d to 3d image converter ever, DMAG4. 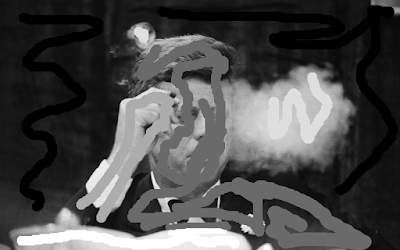 Scribbled depth clues above picture of JFK smoking a cigar, of Cuban origin probably.
When you have two areas in the 2d picture at different depths but with similar color, you have to be a little bit more careful when scribbling the depth clues. For example, in the area between what looks like an open book and his shirt, you have to put the depth clues for both the book and the shirt right against each other so that there;s no propagation from one to the other. 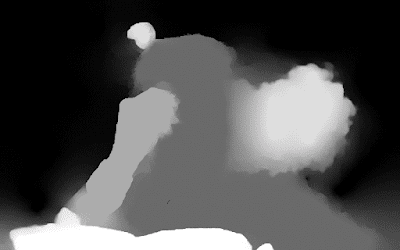