Epipolar rectification (of the uncalibrated kind) takes 2 images taken by a stereo rig and transform them such that stereo matches are all along horizontal lines. This is crucial to get the best possible results in automatic depth map generation. 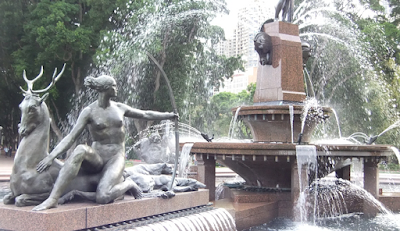 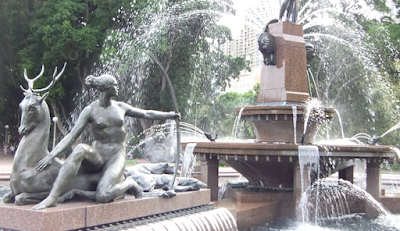 Wiggle that shows that the above stereo pair is not well rectified. There's clearly some rotation going on between the two views. 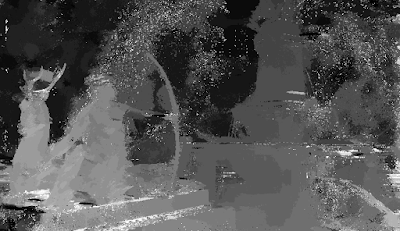 Depth map obtained with Depth Map Automatic Generator 2 (DMAG2) using min disparity = -13 and max disparity = 10 (all other parameters are default).
Let's rectify the images with ER9 and see what happens. 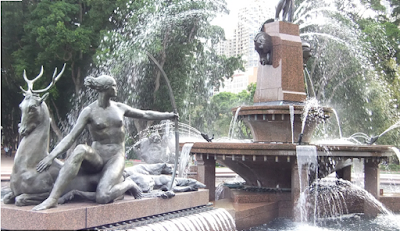 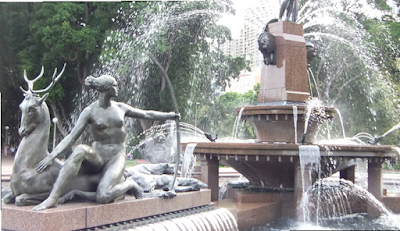 Wiggle that shows that above stereo pair is now well aligned. There's no rotation between the two views. 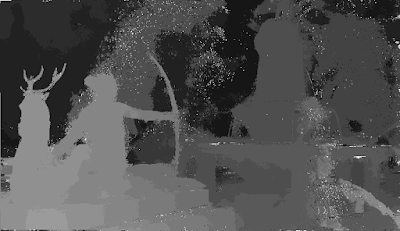 Depth map obtained with Depth Map Automatic Generator 2 (DMAG2) using min disparity = -13 and max disparity = 10 (all other parameters are default).
I think it's safe to say that the depth map obtained from the stereo pair rectified by ER9 is better than the one obtained from the stereo pair not rectified by ER9 (but still auto-aligned by StereoPhotoMaker).

The windows executable (guaranteed to be virus free) is available for free via the 3D Software Page.
Posted by Ugo Capeto 3D at 8:40 AM