Here's a cool stereo pair taken by Peter Simcoe. This is a scaled down version of the original stereo pair (width = 1200 pixels). Getting a good depth map from that stereo pair is not gonna be easy because you have (in the foreground) windows through which you see the ground below at infinity and window supports with no texture. 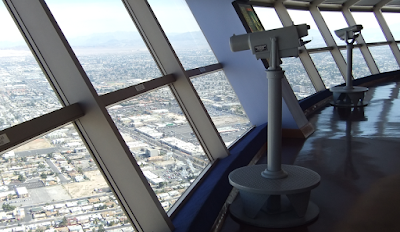 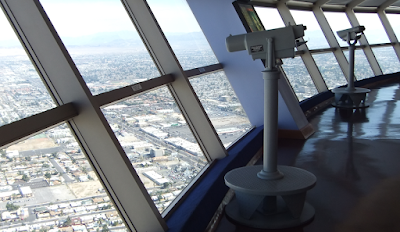 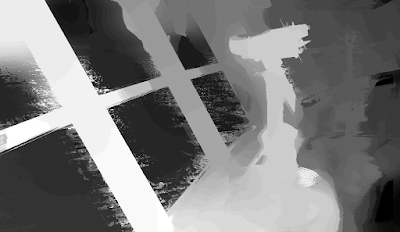 I loaded the left image and the inverted depth map into depthy.me and did a little bit of painting on the depth map. 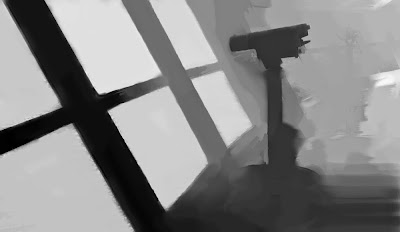 Inverted depth map after painting in depthy.me. I wish there was a way to paint along a straight line but there is none (That would have helped tremendously to paint in the windows.) Note that the depth map that depthy.me saved is not 1200 pixels wide, but 1000 pixels (that's a bit weird).

That's the animated gif depthy.me produced. As you can see, the inpainting that takes place is not the greatest even though the depth map is quite good (after painting). Not much that can be done about that since inpainting requires interpolation. Of course, the more you move the worse it gets.
Posted by Ugo Capeto 3D at 12:30 PM