Create a sparse depth map. Here, I simply put one white dot to indicate where the depth of my scene begins (going from foreground to background). You could put more depth clues in the sparse depth map but I find it easier to control depth clues using gimp paths.

Create equal_depth and relative_depth paths. In the case of an equal_depth path, all points in the path will have the same depth. Note that you can have a single path made up of multiple components. In the case of a relative_depth path, if the depth variation is positive, the 2nd point is farther in the scene by an amount corresponding to the depth variation. If the depth variation is negative, the 2nd point is closer. Note that a relative_depth path can only be defined by 2 points. I routinely run "The 3d Converter" with what I currently have and use Depth Player to check the produced depth map. If it's not too good, I go back to my gimp paths, fix them up, and re-run "The 3d Converter". I do this back and forth dance until the depth map looks good enough (doesn't have to be perfect). Note that I did some modeling for the prison warden that's peeking into the hole in the wall but I am not even sure you need to do that (for a wiggle/wobble). Do not spend any time modeling stuff that's not in the foreground (the other 2 guys peeking in), just model them as if they were cardboard props (meaning, give them a single uniform depth). That's what view-master did with their cartoon reels.

Once you are happy with how the 3d scene looks in "Depth Player" (doesn't have to be perfect), you can use Wiggle Maker to create a wiggle/wobble for sharing on social media. 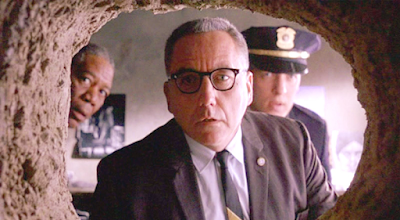 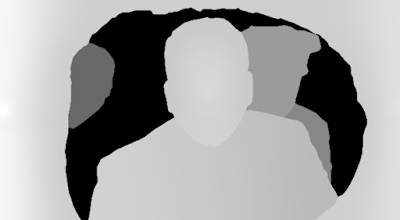