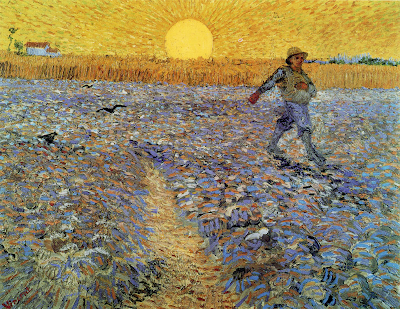 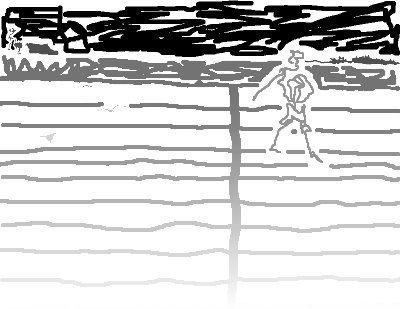 Sparse depth map obtained by scribbling on a new layer with the pencil tool in Gimp. Transparent pixels show up in white here (they show up in red in DMAG4.) 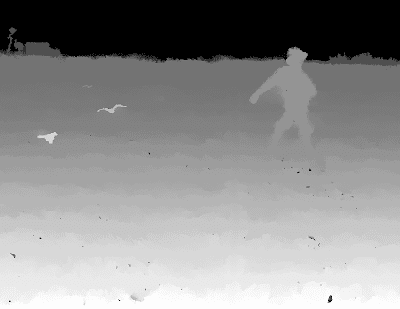 Dense depth map obtained with DMAG4.
Video showing the rendered scene in 3D (using Gimpel3d). The left and right images can be exported in Gimpel3D once you're satisfied with the focal length (viewing plane position) and eye separation.
Clearly, this ain't gonna win me any prize at the next 2D to 3D image conversion convention. The hard part is figuring out at what depth things in the reference image are supposed to be. Getting the dense depth map from the sparse depth map is really the easy part.

If you have made some 2D to 3D image conversions using DMAG4, I would be happy to feature them on this very blog.
Posted by Ugo Capeto 3D at 8:49 AM