The guided image filter is a filter that preserves the edges of the guidance image. It behaves quite similarly to the joint bilateral filter but it can be implemented in such a way that its running time is independent of the filter size (the radius of the convolution kernel). Obviously, it can be used for smoothing an image when the guidance image is the input image but it can also be used in stereo matching. The following slides show how to compute the guided image filter when the guidance image is grayscale and color. It is heavily based upon Guided Image Filtering by Kaiming He, Jian Sun, and Xiaoou Tang. 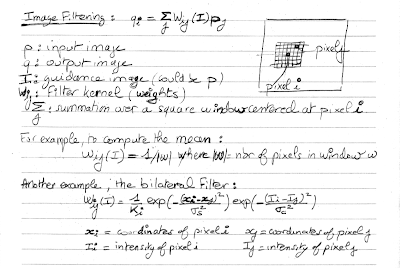 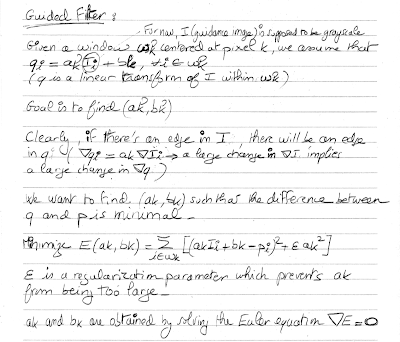 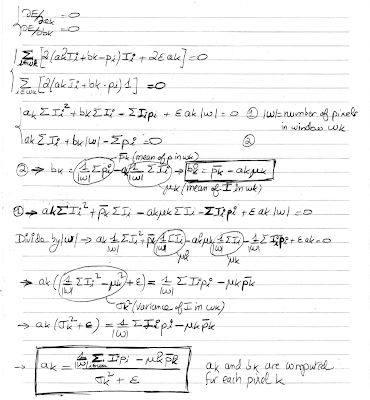 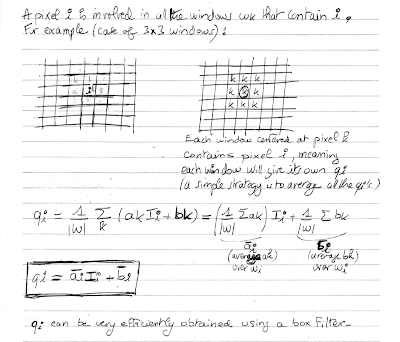 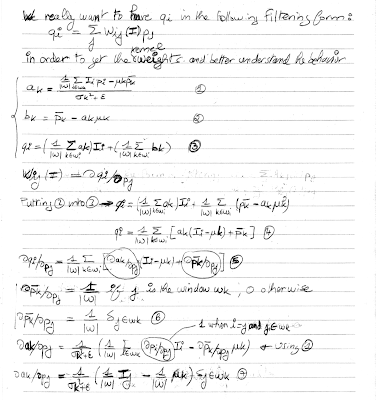 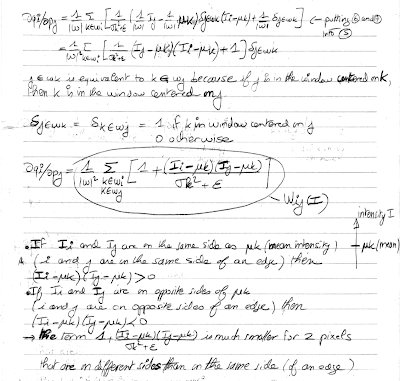 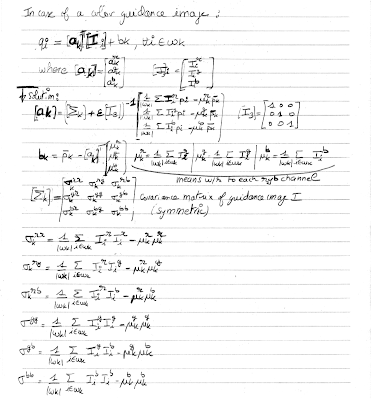 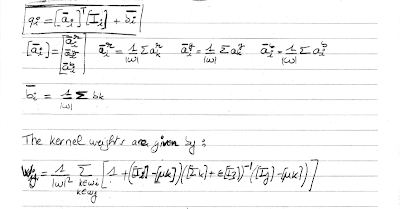 Whenever you need to do a sum over a window, you use the box filter. There is a quite clever implementation of the box filter that makes its running time independent of the window size. This is a very big deal! The method is explained below and it was first presented in "Summed-Area Tables for Texture Mapping" by Franklin C. Crow in 1984. 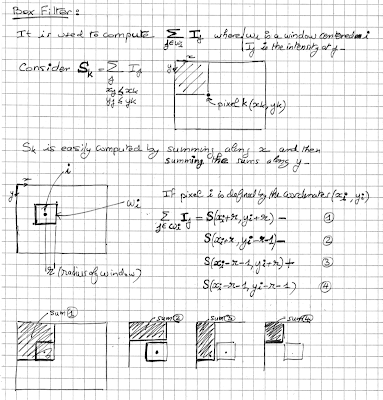