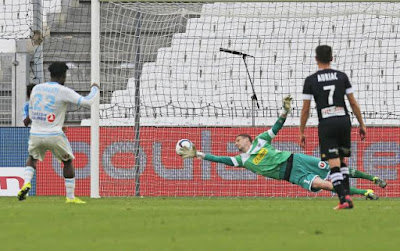 Here is diving against Olympique Marseille. We are gonna use Depth Map Automatic Generator 4 (DMAG4) to convert that image into a 3d image via a depth map. 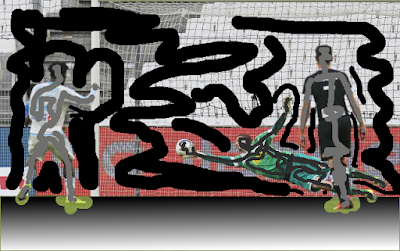 This is my first attempt at the sparse depth map, input to DMAG4. Nothing too fancy: a gradient for the ground, everything past the goalposts is background (black), and each player in its own depth plane (old school viewmaster cartoon style). 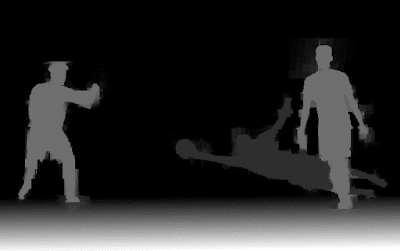 This what DMAG4 produces. A little too much bleeding in my opinion. This time, instead of going back to the sparse depth map, I am gonna work from the dense depth map, erase the areas I don't like, and redo the scribbles locally. When you load up the reference image and put the dense depth map on top (saved as png), you're gonna need to add an alpha channel by clicking on "Transparency"->"Add alpha channel", otherwise when you erase, you're not gonna see the reference image that's underneath. 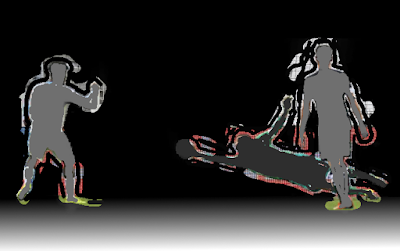 This is my second attempt at the depth map we are gonna feed to DMAG4. Clearly, it's not sparse anymore. 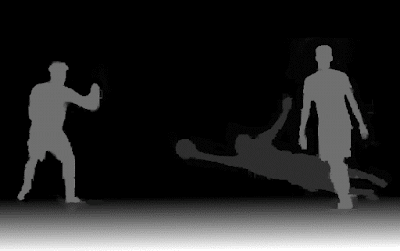 That's the dense depth map DMAG4 gives us. There is a slight problem where the right sleeve of the Marseille player (on the left) meets the goal post. Both objects are white and that's causing a whole lot of unwanted bleeding. Easy to fix. 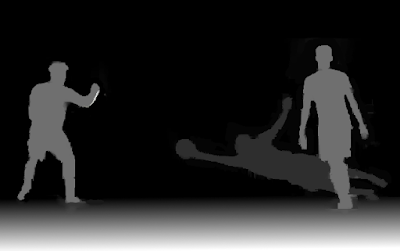 This is my final attempt at the depth map to be fed to DMAG4. Again, I used the previous dense depth map (the one produced by DMAG4), erased what I didn't like, and redid the scribbles locally. 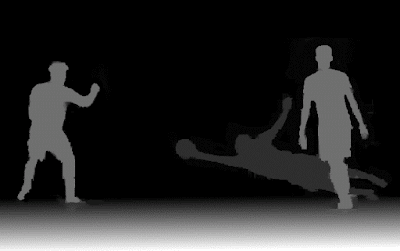