The 2d photo I am gonna start with comes from Marilyn Monroe in dance class, 1949.. I have no idea who took the original photo but I am gonna claim fair use for its usage here.

Here's the 2d photo of a rather young Marylin that we are gonna attempt to convert to 3d: 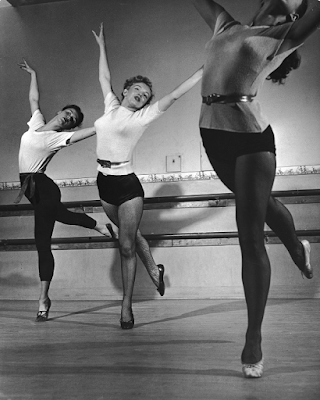 First I load it up into Gimp and draw a sparse depth map on top: 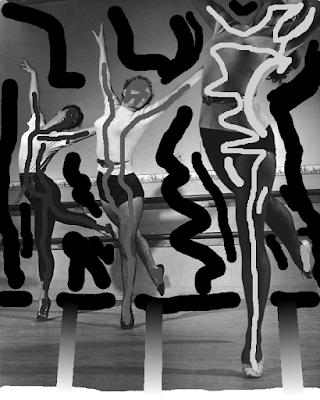 This is how the sparse depth map looks like all by itself: 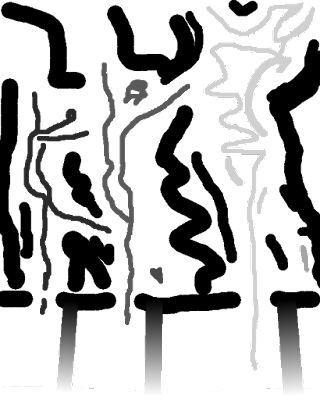 Then I let Depth Map Automatic Generator 4 (DMAG4), the semi-automatic 2d-3d image converter do its magic: 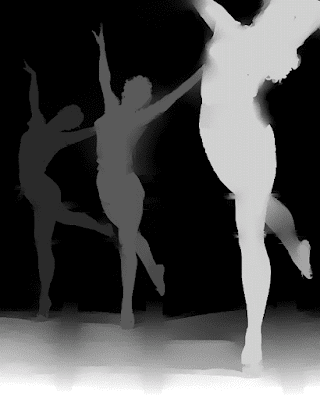 The reason why I drew those 3 gradients on the floor is because of the shadows. I first ran DMAG4 without them and the the gradation on the floor was not too satisfactory. So, I added them using a selection and the gradient tool (easy as pie).

Here's a tutorial video that explains the whole process of converting the 2d image into a 3d wiggle using DMAG4: